In the main, for players to record success in online casino games, they need a lethal combo of skill and luck. Online casino games where skill and luck play a vital part include Video Poker and Online Blackjack. However, those who wish to leave wins and losses totally up to Lady Luck can opt to play Scratch Cards online. 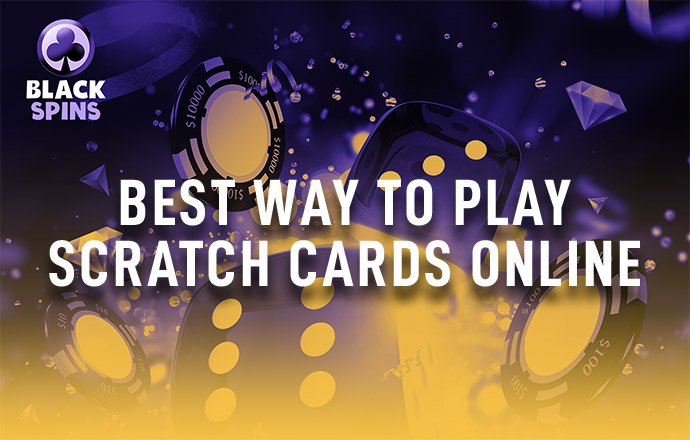 The Scratch is On!

Scratch Cards are hardy creatures that have been around since the early part of the 1970s. They were initially created for the Massachusetts Lottery Commission and soon took off like a rocket.

While the Massachusetts Lottery Commission was already the proud owner of a state lottery, it desired the creation of an instant win game whose results would be instantly known. This was in stark contrast to the lotteries of the period, which required players to wait for days or weeks before knowing if they had won or lost. National Lottery Scratch Cards, on the other hand, made it possible for players to instantly know the results of their gameplay, with this, of course, serving to make it massively popular.

As the internet matured and online casinos came into being, Scratch Cards made their way online. Soon enough, online Scratchies could be played by the citizens of most countries and were easily one of the easiest and cheapest games of chance around.

When you play Scratch Cards online, folks are enabled to have fun and can increase their payouts to a considerable extent. And all without being required to make use of complicated gaming strategies.

Nothing is simpler than to play Scratch Cards online. All that is required is to purchase these cards and scratch off the foil-covered surface so as to reveal some numbers or icons. Depending on the exact Scratch Card, players are required to match icons so as to win prizes. Most Scratch Cards usually require that players match a trio of icons in order to win something.

Folks who play Scratch Cards online play exactly how much they wish. While there are lots of cheap Scratch Cards around, these feature prize pools that are not all that impressive. The more expensive scratch cards, on the other hand, come with positively humongous prize pools.

To play Scratch Card online and get the best results, folks are advised to adhere to the following steps:

One of the reasons for the popularity of Scratch Cards is that they come in an unimaginable array of themes. The format also varies slightly, but the overall principle stays the same. As a game that is totally based on luck, Scratch Cards attract players of all stripes and for good reason.

While success in online Scratch Card gameplay is based on luck, there are still things players can do to ensure they get the most fun and thrills out of the game. This includes enforcing proper bankroll management and sticking to one game, rather than playing all like many different online Scratch Cards as possible.

Online Scratch Cards are simple, fun and packed with thrills. They come in varied forms, do not require the memorisation of complex gameplay rules and can be accessed anywhere where there is stable internet connectivity.